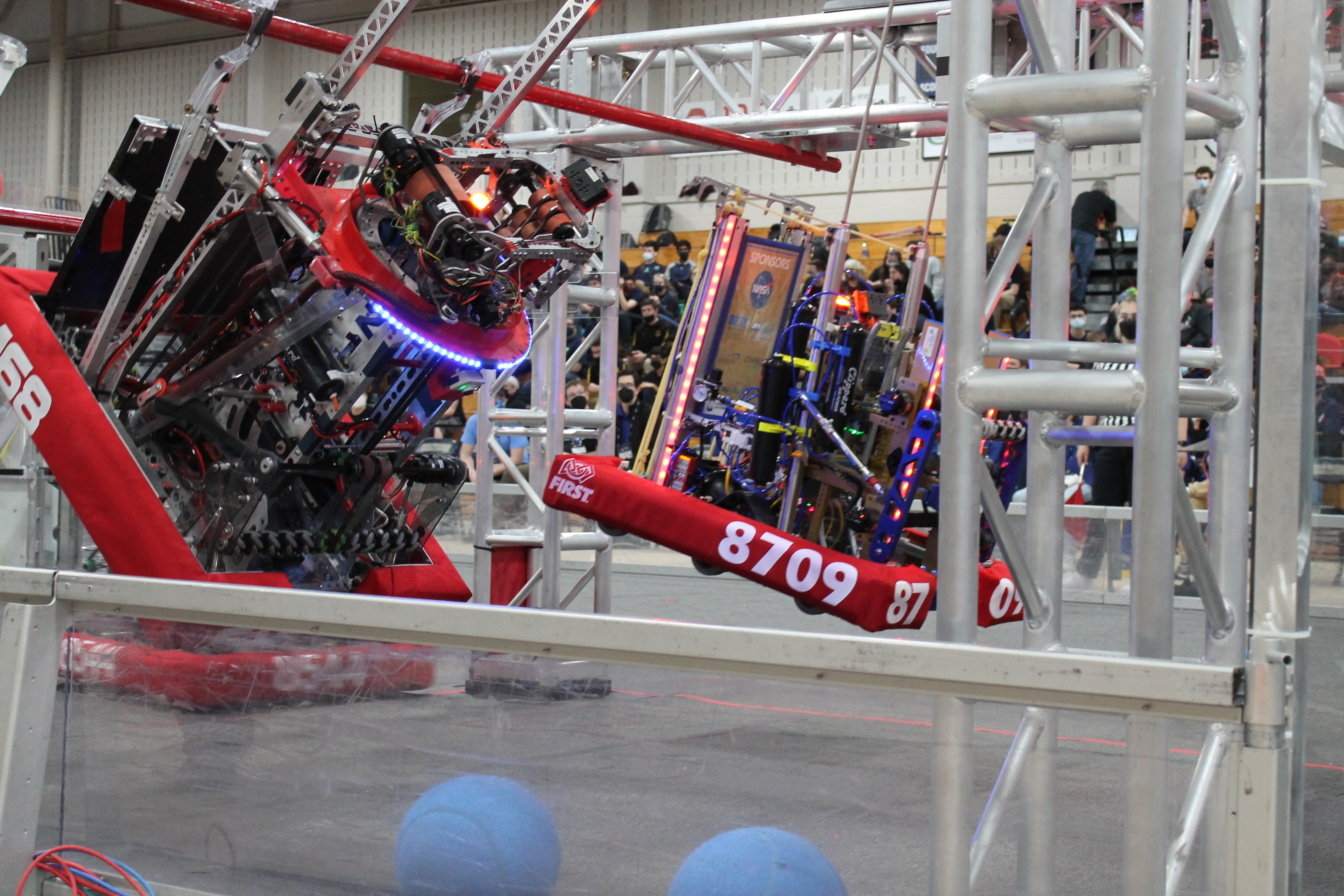 Palmer, Mass — Sanderson MacLeod has proudly fostered its relationship with Palmer based Pathfinder Regional Vocational Technical High School for years. From collaborating on projects such as the Brush Innovation Center’s HeliXwing conference table to sponsoring on-site training programs for students, this partnership has proven to be invaluable.

For the past several seasons, Sanderson MacLeod has been the platinum sponsor of Pathfinder’s Robotics Club, helping to facilitate the program’s growth and development. When asked about the importance of sponsoring the Pathfinder Robotics Club, Sanderson MacLeod CEO Mark Borsari explained, “There are so many avenues for bright kids to explore their creativity when it comes to technology and innovation. Being able to help local students have fun in a way that also teaches them real world applications in areas like coding, fabricating and automation is a win-win.”

Pathfinder’s Robotics Team has recently announced the results of its latest robotics tournaments held by the FIRST Robotics Competition. This is often defined as the “Division 1” level of robotics competitions, utilizing industrial-grade robotics components. The two events, one held at at Western New England University and the other at Shrewsbury High School, saw excellent performances by Pathfinder’s team “8709.” Over the course of the two events, team received three awards.

Recognized with the “Highest Rookie Seed Award” the “Rookie Inspiration Award” and the “Rookie All Star Award,” the folks at Pathfinder certainly walked away from the events well decorated. 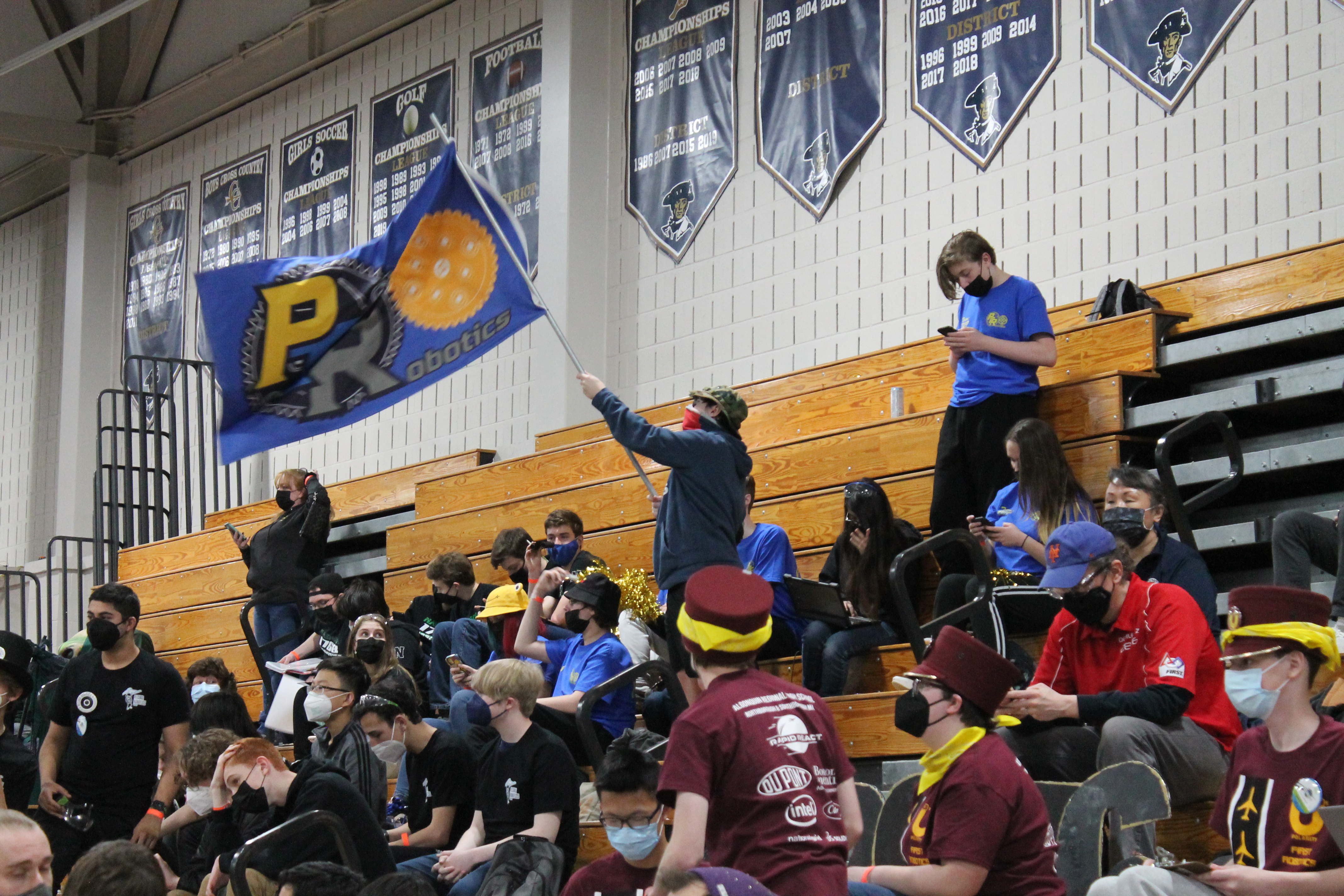 Pathfinder Student Section Showing Their Support for the Team

Pathfinder Senior Harrison Lavoie, who is currently working at Sanderson MacLeod as a part of a unique co-op hybrid program between the company and the school, has been able to utilize concepts such as automation in his work with the Robotics team. “Automation is a big aspect of FRC (First Robotics Competition), and we have implemented this into our bot by doing our best to automate tasks that would waste valuable time from the match. We have automated the entire process of targeting, launching and scoring with help from sophisticated cameras and other sensor arrays,” Harrison explained.

He added, “The majority of our team is made up of seniors that will be graduating over the next few months—where we were once participants in the program, we have had to evolve to take on more of a mentorship role to the younger students as we prepare them for the next few years and beyond. We want Robotics at Pathfinder to continue to gain momentum and recognition, so we are doing all that we can to train the younger members and possibly even come back in the future as mentors.”

More exciting still, being recognized with the “Rookie All Star Award” grants the team access to compete in the District Championship at the Big E next week April 13th – April 16th, and depending on the team’s performance, they may even qualify for the World Championship to be held in Houston, Texas.

Sponsored by Boeing, this round of the FIRST Robotics Competition revolved around a challenge called “Rapid React.” The video below outlines the rules and objectives which teams designed their robots around.