This seemingly mundane transaction (for $4.30) was the first for a company that nearly 100 years later would become a world leader in twisted wire brush innovation and manufacturing. 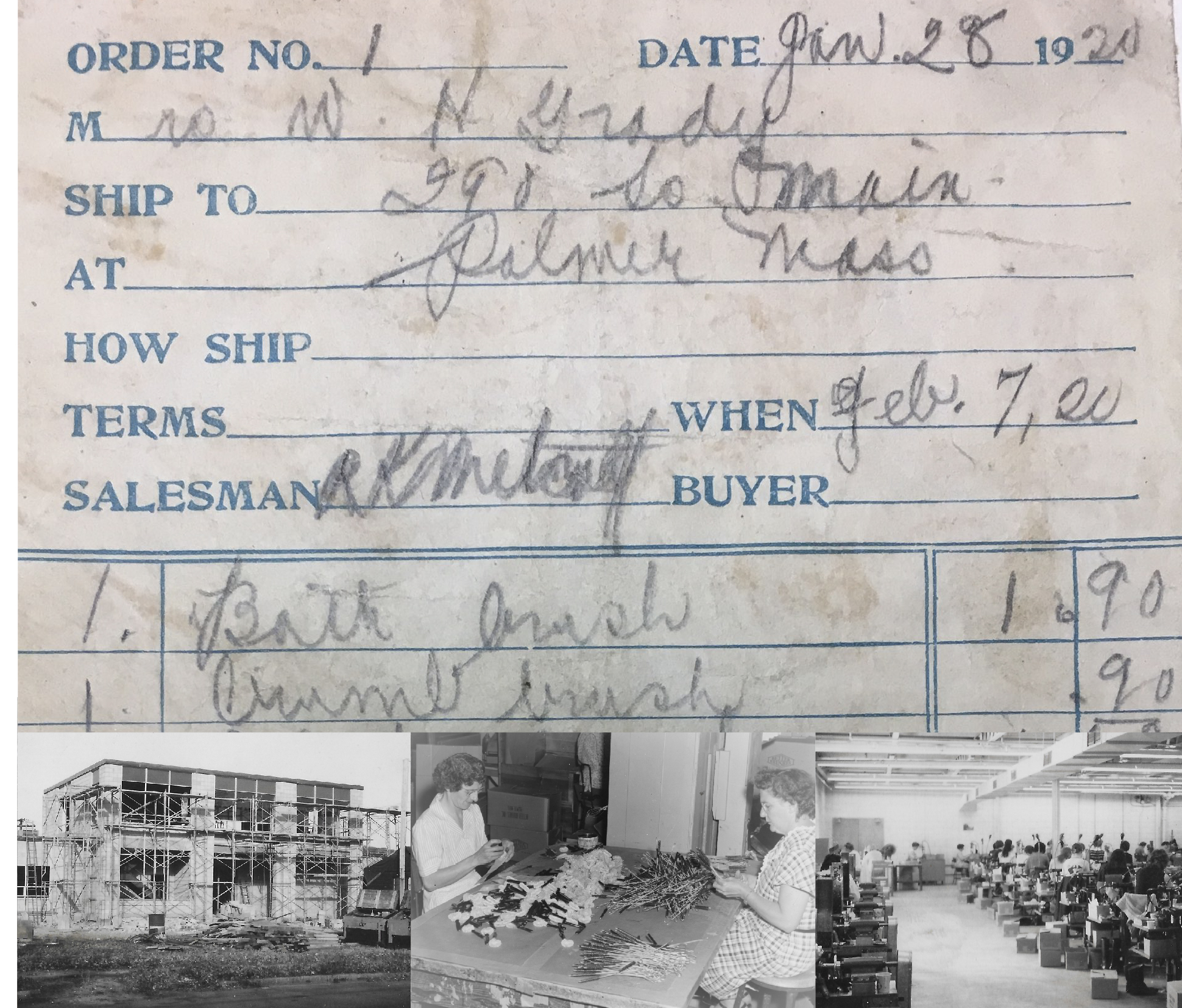 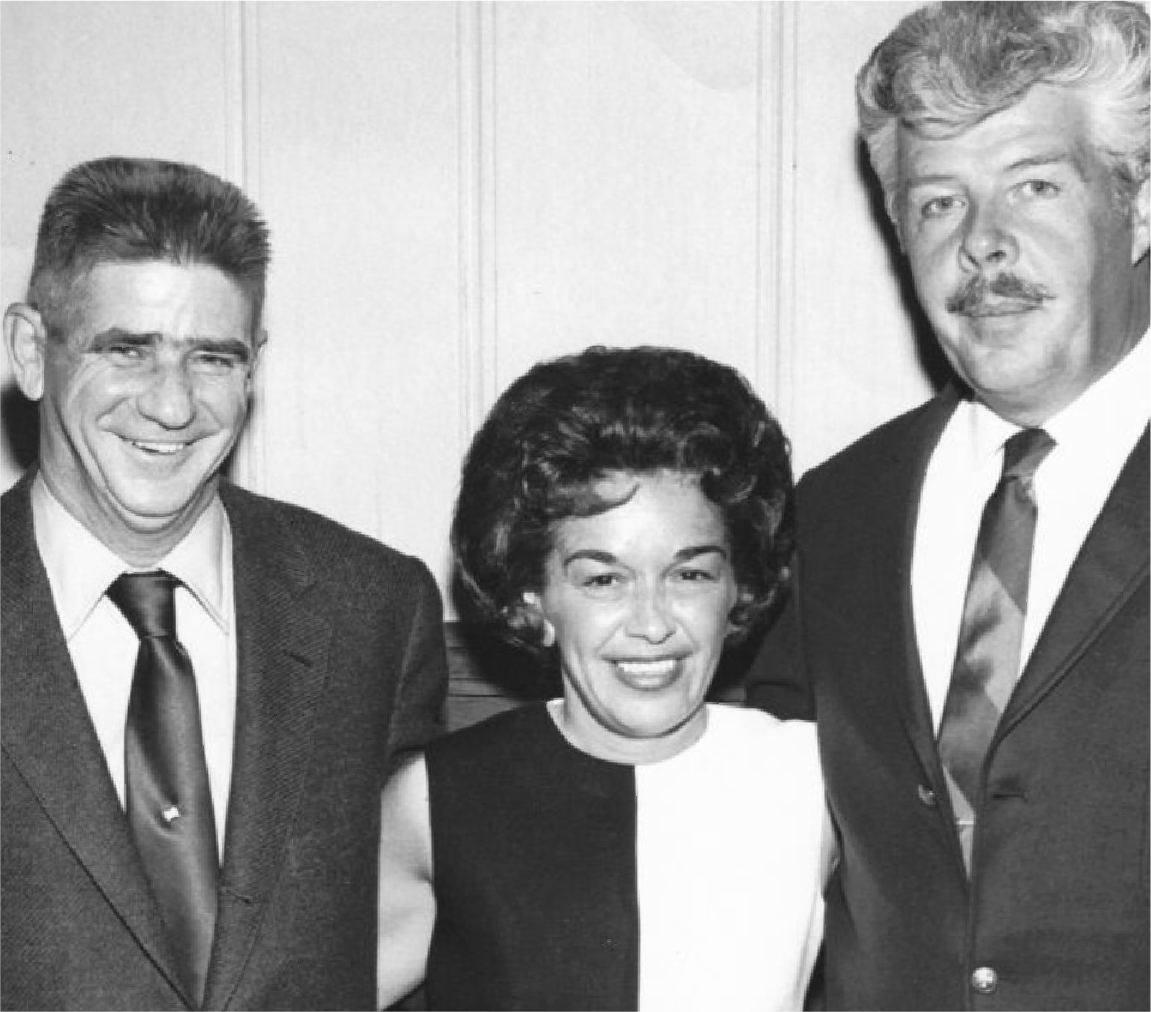 Utilizing the “value added & interest” sales model made famous by the “Fuller Brush Man”, Better Brush salesmen pounded the pavement, selling cleaning supplies both door to door and through a new marketing model…“Housewife parties”. Better Brushes’ ability to innovate new and interesting cleaning products, develop relationships and provide superior value at competitive costs proved to be extremely popular and set them on a trajectory for exponential growth.

In 1956, two Better Brush employees (Ken Sanderson and Bruce MacLeod) recognized that a growing number of applications needed a more specialized approach to brush design than could be found in the traditional catalogs. With six employees and an empty storefront on Main Street, the two entrepreneurs founded Specialty Brush and began providing customized brush solutions.

Their approach to innovation and their extensive knowledge of brush making and automation soon attracted the attention of a makeup artist in Hollywood. Seeking a better way to apply mascara to the eyes of his movie star clients, he began working with the young company and after many rounds of sampling and experimenting, created the world’s first twisted wire mascara brush.

Specialty Brush exclusively produced the brush globally, and with more than 300 employees twisting and trimming mascara brushes around the clock remained the sole producer of mascara brushes for nearly 20 years.

During the initial expansion of the company (then called “Better Brushes, Inc.”) the catalog grew to include all manners of brush related products, including shaving brushes, lipstick tissues, manicure brushes, toilet brushes…you name it, and Better Brushes most likely had an offering for you.

During the period immediately following World War II, the company continued to evolve and grow. Ken Sanderson was promoted to plant manager in 1946, with Bruce MacLeod joining the company as a salesman in 1950. Not long after, in 1957, Sanderson and MacLeod ventured into the brush business as partners, forming “Specialty Brush Products, Inc.”

With the momentum from their success in the cosmetic industry, Specialty Brush Products, Inc. was able to purchase Better Brushes in 1960. With this acquisition, Sanderson-MacLeod, Inc. was born. The product line has since expanded into many other areas such as the Medical, Firearm, Industrial and OEM industries.

From the Archives: A History of Quality

By the mid 2000’s SanMac’s medical industry customers needed a better protective brush tip. The company searched beyond the brush industry and found the answer in material joining science. The result was a brand-new manufacturing process using high energy fusion welding technologies to melt a pre-constructed core wire section of a twisted wire brush into a consistent, smooth, and inseparable protective tip – the ZTip – in a fully automated inline process.

Further advancements such as the ZTip+, ION Inventory Management Integration, the invention of Auto-Trimmer technology, and investments in high-capacity automation continued to expand opportunities for the company. Sanderson-MacLeod’s Brush Innovation Center (BIC) provides clients with concept to production development capabilities and rapid production of working prototypes.

In February of 2022, another major milestone was accomplished by achieving ISO-9001:2015 certification. As Sanderson-MacLeod continues its journey forward, it is positioned to continue to grow as a leading twisted wire brush manufacturer for years to come.

Such dedication and experience is why so many major corporations have classified Sanderson MacLeod as “dock to stock” (eliminating incoming quality inspection) and named the company “supplier of the year.” Our team works diligently to be not just your supplier, but a trusted partner for the most innovative, economical and dependably made twisted wire brush products available.

We’re experts when it comes the  Innovation,  Automation, and Integration of twisted wire brushes.

Quality is paramount. The FDA-compliant quality control system uses the latest in metrology and in line vision equipment which lets us conduct fast, accurate measurements on first-piece, in-process, and finished-good parts.